This blog post is not what you should do if you get arrested for a DWI and want to get your license back. Our law firm does not represent clients in fighting DWI charges and consequences. We represent people who get hurt in a New Orleans traffic accident involving a careless or reckless driver, and the family members who lose a loved one in an accident—including those injured by drunk drivers.

The Office of Motor Vehicles in New Orleans provides information that could interest you, the person who was injured or who has lost a loved one in a traffic accident in and around New Orleans. Believe it or not, the data the OMV collects, the reports it compiles, and the hearings it oversees can provide a wealth of information about your car accident case and help you to prove how an accident happened, who caused it, and why you should recover compensation for your injuries and losses.

Okay, so here are the basics. The Office of Motor Vehicles is a division of the Louisiana Department of Public Safety and Corrections. According to its official Strategic Plan, the OMV:

[P]erforms functions of the state relative to the examination and licensing of operators of motor vehicles, the suspension and revocation of such licenses, issuance of vehicle title and registration certificates, license plates for all motor vehicles operated upon the highways of the state, recordation of liens against vehicles, and the collection of sales/use tax and other appropriate fees, all in accordance with applicable laws.

OMV operates two offices in Orleans Parish: a location at 100 Veterans Boulevard (called, quite sensibly, the Veterans Office), and another at 7500 Bullard Avenue (called the New Orleans East Office). Both offices are open Monday through Friday, 8 a.m. to 4 p.m., but the Veterans Office offers a wider range of services than New Orleans East. If you have something you need to do at the OMV, check the links above first to make sure the office you visit can take care of your needs.

One of the chief functions of the OMV, obviously, is to conduct driver exams and issue drivers licenses. If you have a Louisiana driver’s license, you know this already. However, have you ever stopped to think about how VALUABLE the information OMV collects and keeps about licensed drivers in Louisiana could be if you find yourself injured or mourning the loss of a loved one after a New Orleans traffic accident? Well, even if you haven’t, WE SURE HAVE.

When a client calls us having suffered injuries and losses in a New Orleans traffic crash, one of the first things we want to know, as lawyers, is whether the “other driver” had a license and, if so, what kind. Guess where we can find that information? That’s right, the OMV. Guess why that information is so important?

Consider the five different classes of drivers license issued by the OMV:

So, if you get into a traffic accident with a driver who has the wrong kind of license, or who is subject to special requirements because of the type of license that driver carries, it could help to prove the driver was “negligent” in causing your injuries.

For example, there are special “endorsements” for drivers carrying certain types of hazardous chemicals or who drive special types of vehicles (like school buses). If the driver of a vehicle involved in your New Orleans traffic accident lacked the proper endorsement, that could constitute “negligence” that leads to legal liability for the driver or the driver’s employer.

License issuing, however, is JUST THE TIP OF THE OMV ICEBERG. The office also keeps official driver records for every licensed driver. The official record contains the following information:

Accident statement – Accident involvement indicated does not mean the individual was at fault or given a citation.

As lawyers, WE JUST LOVE any record with an “official” designation attached to it. In a court of law, official records are the GOLD STANDARD for proving facts. So, when we represent a client who suffered harm because of the actions of a Louisiana-licensed driver, we almost always want to see that driver’s official OMV driving record.

One way that record can REALLY help to prove legal liability is when the driver was “on the job” at the time of the accident, and the record shows the driver had a poor driving history. Employers who hire people to drive commercially generally have an OBLIGATION to make sure their drivers have reasonably clean driving records. So, if an employer ignored what we can show was a history of accidents, offenses, or suspensions reflected IN THE OFFICIAL RECORD, well, that helps A LOT in demonstrating that the employer should have liability to our client for damages. 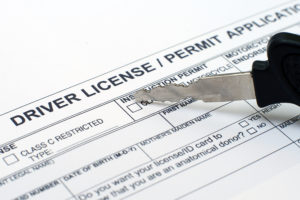 Suspension hearings frequently involve drivers who have been arrested for DWI, but they can also involve license suspensions for violating the so-called “school rule” that puts special restrictions on student drivers, or for failing to carry the proper kinds of liability insurance.

As lawyers for people injured in car accidents, WE LOVE ADMINISTRATIVE HEARINGS. Here’s why. First, although OMV administrative hearings are less formal than a trial, they still involve people presenting evidence and giving testimony under oath. Remember that GOLD STANDARD we talked about? Well, testimony UNDER OATH is another one of those categories of evidence that just can’t be beat. Any time a driver that is at fault for a car accident that injured our client testifies under oath, our ears PERK UP.

(Now, let me just pause here a second and offer my two cents of advice to anybody with the good fortune to hear it. If you ever, ever, face any kind of proceeding where you might have to give testimony under oath—I don’t care whether it’s called a trial or an administrative hearing—BRING A LAWYER WITH YOU. You are, to use an old Cajun term, a coullion—a DARN FOOL—if you don’t.)

But I digress. As I was saying, some drivers show up at and participate in OMV administrative hearing without lawyer. When that happens, they often say things UNDER OATH and show up with documents that seal the deal on their own legal liability, or their employer’s, or someone else’s.

Plus, because hearings are recorded and documents introduced as evidence are kept in an official file, lawyers for the people injured in a New Orleans traffic accident with those drivers can get those records and use them to their clients’ full advantage whenever possible. It doesn’t always happen, but OMV hearings can be a gold mine for personal injury lawyers.

Most people look forward to visiting the OMV the way they anticipate going to the dentist with dread. Traffic accident injury lawyers, however, think of paying a visit to the OMV a bit differently. We see it as a prime opportunity to gather evidence to show why our client who suffered injuries and losses in a motor vehicle accident ought to recover every single dollar, they deserve from anyone who did them harm.

See, a good car accident lawyer is a peculiar animal. We just LOVE getting our hands dirty with FACTS. There are few sources of facts about New Orleans traffic accidents and driver histories than the ole’ OMV. The trick is just knowing how to access those facts to your client’s advantage, and then how to use them to get your client justice.

We use the prime facts we gather from sources like the OMV for our clients in a variety of ways:

Now, please do understand, NOT EVERY New Orleans traffic accident case we handle features evidence that turned up at the OMV. Sometimes the records OMV keeps are pretty DULL. Sometimes drivers have the good sense to bring a lawyer with them to an administrative hearing so that they don’t make a boneheaded statement under oath that sinks their case. Still, we are always on the lookout for factual nuggets at the OMV, and we have a special talent for finding them.

So, bottom line, if you got injured or tragically lost a loved one in a traffic accident in New Orleans, be sure to hire an attorney who knows the ins and outs of the OMV and simply cannot wait to see what treasures might turn up.