At Stewart J. Guss, Injury Accident Lawyers, we love good car accident statistics! Before you get all bothered by that confession, let me just say, I know. Loving traffic statistics makes us more than a little unusual. The simple fact is, however, that data about traffic accidents, injuries, and fatalities in New Orleans give our car accident law firm insight about how and why new clients end up walking through our doors looking for legal help to recover the compensation they deserve for SEVERE INJURIES and TRAGIC LOSSES OF LOVED ONES suffered in these accidents.

If you’re wondering how many car accidents are happening near you in New Orleans, LSU publishes detailed statistics about traffic accidents throughout Louisiana. In today’s blog post, we focus on a subset of that information: traffic accident statistics for New Orleans. Read on to learn about the numbers and types of traffic accidents that happen in the Big Easy, and our thoughts on how that data can help to keep you safe the next time you venture out onto city streets as a driver, cyclist, or pedestrian.

The Big Picture of Traffic Accidents in the Big Easy

In the last full year for which statistics are available from LSU as this blog post goes to print, there were 6,344 traffic accidents in Orleans Parish (the vast majority of them in New Orleans proper) that resulted in either fatality (40 crashes) or injury (6,304 crashes). In those 6,344 fatal or injury crashes, 41 people died, and 10,621 people sustained injuries. That same year, Orleans Parish also saw 13,680 crashes involving property damage only.

The estimated cost of these accidents—fatal, injury, and “property damage only”—was HUGE, to use a technical term. LSU’s calculations estimate the total cost of all of Orleans Parish’s crashes in one recent year ran to $965.76 million. That’s about $4,794 in annual costs per licensed driver in New Orleans.

Rank Compared to Other Parishes

Based on the number of accidents per 100,000 residents, and on the number of accidents per 100 million miles traveled, in one recent year Orleans Parish ranked first among all parishes for injury crashes. In other words, when it comes to traffic accidents in which someone got injured, Orleans Parish had the fewest such crashes per 100,000 of population, and per 100 million miles driven, of any Parish in Louisiana that year.

So, what do these data show? First, that drivers have the highest overall probability of suffering an injury or fatality in a traffic accident in New Orleans, which isn’t all that surprising since you can’t really have a traffic accident without someone driving a vehicle. Second, that if you are a pedestrian involved in a traffic accident (namely, if someone hits you with a car), you have a much higher risk of dying in a traffic accident than anyone else does. This fact, too, probably isn’t especially shocking, considering how vulnerable pedestrians are in an impact with a moving vehicle. 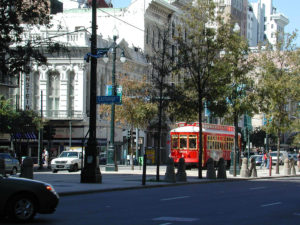 The Big Easy has a, shall we say, reputation for being a city where visitors go to enjoy themselves with a glass or four of alcohol-laden libations. Traffic accidents represent an unfortunate, if utterly predictable, byproduct of all that merrymaking. In one recent year, there were 19 fatal alcohol-related crashes and 402 alcohol-related crashes resulting in injuries.

It might surprise you to learn, however, that although New Orleans plays host to some veritably LEGENDARY celebrations during Carnival, which takes place each year between January and March (give or take), that is not when the statistics show the most alcohol-related traffic accidents, injuries, and fatalities occur in Orleans Parish. In one recent year, for example, the months with the highest number of fatal alcohol-related traffic accidents (three in each month) were April, May, and August.

Likewise, when Mardi Gras comes in late February, the high-water months for alcohol-related traffic accidents resulting in injuries were March (40 accidents), June (36), and December (39). If anything, it appears that perhaps because of the vehicle restrictions in and around New Orleans during Carnival, traffic accidents decline (or at least stay flat) during that time.

Still, the picture of alcohol use and traffic accidents in New Orleans is NOT AT ALL ROSY. There were several deadly alcohol-related crashes during one Mardi Gras, for example. Orleans Parish saw some of the highest raw numbers of alcohol-related injuries and fatalities, rivaled only by East Baton Rouge Parish for frequency of fatalities and injuries. So, MAKE NO MISTAKE: alcohol use represents a truly DEADLY and DEVASTATING factor in many of New Orleans’ traffic accidents.

It was a “good” year for bicyclists in New Orleans recently, if by “good” you mean that no bicyclists DIED in traffic accidents (unlike previous years). That surely comes as small comfort, however, to the 199 bicyclists who suffered injuries in bicycle-involved traffic incidents in Orleans Parish that year (and to the 29 people state-wide who died in such accidents). It would seem that New Orleans simply lucked out that no one riding a bicycle died in a traffic accident in that year.

Through the end of November the next year, in sharp contrast, Orleans Parish saw four bicycle-related traffic accident fatalities. What’s worse, ALL FOUR of those cyclist fatalities involved the use of alcohol, as was the case in one of the Mardi Gras crashes linked above, where an intoxicated driver swerved into a bike lane, killing two.

Those rates made Orleans Parish one of the most dangerous Parishes for young drivers in all of Louisiana. The data is not available at the Parish level for the genders of those young drivers, but at the state level the data show that YOUNG MALE DRIVERS, in particular, get into injury-causing and fatal accidents at a FAR HIGHER rate than young female drivers.

LSU also studies where traffic accidents occur. It will probably come as no surprise to anyone who has navigated some of the tight downtown streets in New Orleans that our fair city experiences a significant number broadside crashes at intersections. There were 10,660 crashes at intersections in Orleans Parish in one recent year. The VAST MAJORITY of them happened on roads designated by LSU as “local” rather than “state.”  In other words, they happened on city streets.

Wondering what percentage of accidents happen at intersections in New Orleans?  Almost half of the fatalities and more than half of the injuries that happened in traffic accidents in Orleans Parish in one recent year occurred at city street intersections!

Stop and think about that for a minute. There are COUNTLESS ways a traffic accident can happen. In any given year, the STATEWIDE AVERAGE is that ONLY about one-third of all crashes will happen at intersections. In New Orleans, more than 55 percent of all crashes—fatal, injury-causing, and “property damage only”—happen at intersections. That is WAY above the baseline for Louisiana as a whole. Numbers like that send one warning: EVERYONE MUST BE CAREFUL when crossing the street or making a turn at a light anywhere in the Big Easy.

Distracted driving also plays a large role in traffic accidents in Orleans Parish. That will probably come as NO SURPRISE to anyone who owns a smart phone and finds themselves MAGNETICALLY DRAWN to a screen whenever it is nearby. Here is the interesting part, however. According to LSU, FAR MORE distracted driving-related traffic accidents in and around New Orleans in one recent year involved distractions other than cell phones.

The most common distraction according to LSU was a category labeled “Other Inside Vehicle”—which we can only interpret to mean distractions like turning around to talk to kids, fiddling with the radio settings, or reaching to the floor to pick up something that dropped. The second most common category of distraction for drivers involved in accidents in Orleans Parish in one recent year was “Other Outside Vehicle.” Let’s be honest: there are a LOT of outside-the-vehicle visual distractions in the Big Easy. That’s one of the things that makes our town so FABULOUS—there is a lot to look … even gawk at. Just because NOLA has some pretty AMAZING sights and sounds, though, doesn’t mean you should pay attention to them while behind the wheel. Keep your eyes on the road!

Cell phones, it turns out, represented only the third most common distraction involved in traffic accidents in Orleans Parish in one recent year. Which isn’t to say you should let down your guard and try to send a quick text when you get to a stop light. Texting and driving is illegal in Louisiana. Plus, remember those RIDICULOUS statistics about accidents at intersections? Well, we’d bet a lot of those crashes happened because of driver distraction. So put your darn phone down already!

What can we make of all these numbers and percentages and rankings and such? Well, the data tell us that driving, riding, and walking in New Orleans comes with a HUGE number of potential hazards, from tipsy young male drivers to crowded intersections.

Now mind, we don’t mean to SCARE you. New Orleans is a sensual feast beloved by its residents and adored by its visitors. We encourage everyone to come sample what the city has to offer. But BE CAREFUL. Narrow streets crowded with merrymakers, and various types of vehicles can lead to a: truck accident, motorcycle accident, pedestrian accident, bus accident, or even a wrongful death case.

What happens if someone gets injured or tragically loses a loved one in a traffic accident in New Orleans? Hopefully, that will never happen to you. If it does, however, know that THE LAW IS ON YOUR SIDE. You can take legal action to seek compensation for your injuries and losses, assuming the accident was not entirely your fault (which, in our experience, it rarely is).

To obtain the compensation you need and deserve, it’s best to speak to an experienced New Orleans car accident attorney as soon as possible.