“As Texans, it is our honor to help those who serve and protect when they themselves are in need.”

Houston personal injury attorney Stewart J. Guss is committed to serving the people of Texas, not just through the practice of law, but through service to the community.  “When I heard that these sherriff’s deputies were so devastated by Hurricane Harvey I knew I had to do something, and I knew my friends, neighbors, and fellow Texans would want to help as well.” Growing up in the Houston area, Stewart had a “front row seat” to the kind of impact a major hurricane can have on the community and its residents.  In the past 20 plus years representing victims after a car accident, he’s both worked with and represented many members of the local law enforcement community.  He has seen, firsthand, their dedication and sacrifice, and is glad to have the opportunity to pay it back.

The purpose of this fundraising campaign is to help four specific local sherriff’s deputies deal with the economic losses when their homes were massively damaged in Hurricane Harvey.  Attorney Guss has spearheaded the fundraising effort with an initial contribution, and now wants to share the opportunity with his fellow Texans to say “thank you” to these brave and dedicated law enforcement officers.  The relief fund will be spearheaded by Attorney Stewart J. Guss in coordination with by Dana Lewis, dispatcher, and assistant to Sheriff Glenn Smith.

Please click on the gofundme campaign below if you would like to help these four sheriff’s deputies rebuild their lives!

Who This Campaign Will Benefit Deputy Martin lived near a river basin and his home was completely washed away. 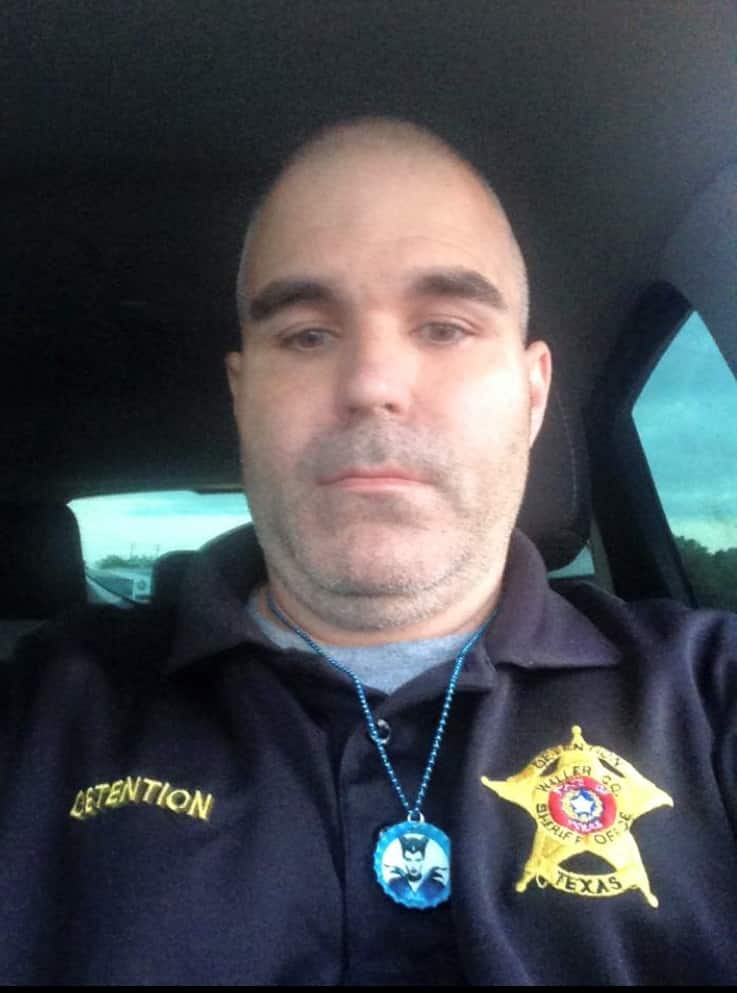 Officer Wood had just purchased his home, and it too was severely damaged to be saved. Unfortunately, he had not purchased insurance for it at the time of the flood. Officer Gray’s home was near a river basin as well, and sustained severe damage. The first floor was completely under water. Officer Kay’s home was also lost in the flood.

Hurricane Harvey devastated countless families and businesses, and law enforcement officers were, as always, “the first ones in and the last ones out.”  During Hurricane Harvey, most of our first responders were working tirelessly in service of their neighbors, even while their own lives were being turned upside down.  This fundraising effort spearheaded by Attorney Guss is a way to let the people of the Houston area join him in saying “thank you” and “we care” to these brave and dedicated law enforcement officers when they are in their time of need. The funds raised from this campaign will be distributed evenly among the four officers.

1. How did Hurricane Harvey affect you and your family?

We were blessed in that my home and immediate family were not directly affected by Hurricane Harvey and its devastating flooding. We did have several families living under our roof to take shelter, but we all came out safe and sound. In addition to my immediate family, I consider my employees at my law firm my “extended family.” Of my 60 employees at my law firm, we did have a few that suffered damages as a result of the storm, but individually, and as a firm, we all came together to offer assistance and help them rebuild.

2. As a member of Houston’s business community, what do you feel are the responsibilities of business leaders to the citizens during times of crisis?

As business people, our success is entirely depending on our communities. I believe it is a moral imperative to give back to that community when they are in need. Over the course of time since Hurricane Harvey hit our great community, I’ve looked around and tried to help where I could. During the storm, I saw first hand the tireless efforts of first responders to help keep our community safe. It is for this reason I took the initiative to start this fundraising campaign.

3. If you could say anything to all of Houston’s First Responders and the countless volunteers at large, what would it be?

Thank you. A million times, thank you. Too all of the police, medical personnel, fire fighters, and all the individual volunteers, the “Cajun navy,” and to everyone else who rolled up their sleeves to help during Harvey and in its aftermath: THANK YOU. Not only did all of you show your heart and your compassion to those directly affected by the storm, but you also showed the rest of the world just have brave and wonderful the people of Houston and the great State of Texas can be!

4. What are your hopes for this campaign?

Whether its buying a cup of coffee for an EMT on line behind me at Starbucks, or picking up the lunch check for fire fighters I see eating lunch in a restaurant, I’m always looking for ways to say “thank you” to the first responders in our community. I know the good people of Houston and the surrounding area, and I know they feel the exact same way that I do. This is why I opened up this $10,000.00 go fund me campaign to help these local sheriff’s deputies recover after having their lives wiped out by Hurricane Harvey. We’ve seeded the campaign with our personal donation of $2,500.00 and want to share this giving opportunity to say “thank you” to our local heroes with my fellow Texans.

06 Apr
How Long After A Car Accident Can You Claim Injury? Motor vehicle accidents happen each and every day. Many drivers and passengers are injured in these crashes, but not... Read More
Schedule a free virtual visit 800-898-4877 Or Send us a message today >